A Busy Start to the Year for Drake Scaffolding. 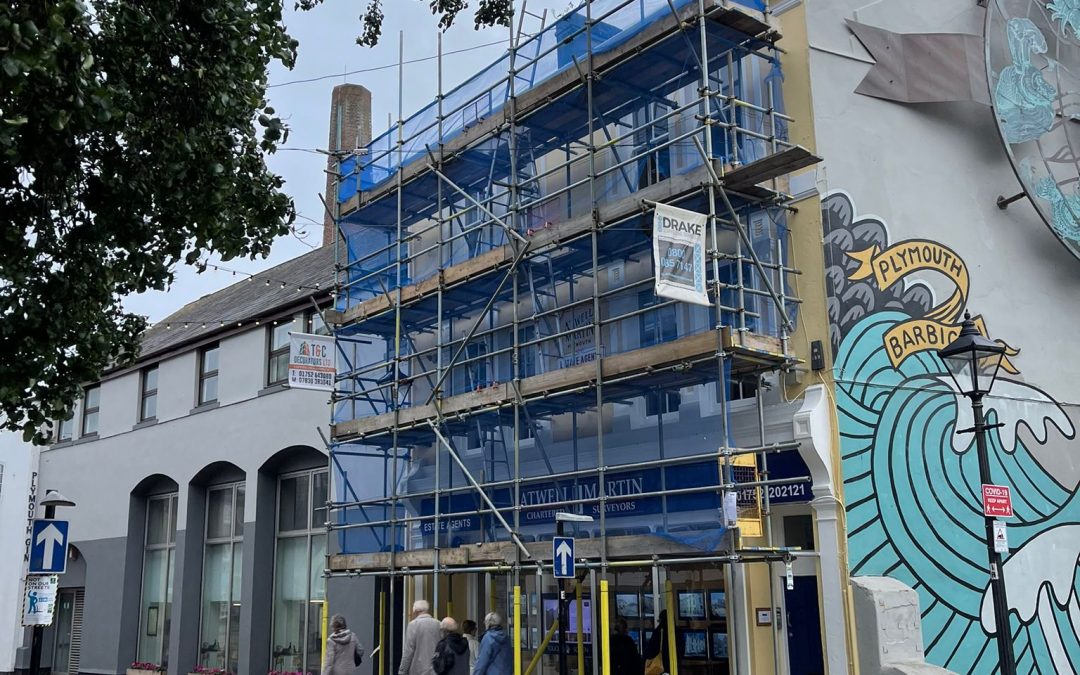 It’s been a very busy start to the year for Drake Scaffolding. In fact, its hard to believe that it is the end of January already. As well as working on some sizeable projects, more details of which will follow soon, we have also been working on various smaller Plymouth and Devon scaffolding projects. These recent challenges include everything from providing access to the roof for a housing association in Barnstaple to building a scaffolding platform internally to provide access to a sky light in a primary school. These jobs are no less important than the larger structures that we provide but they are significantly smaller in the amount of scaffolding that is needed.

Internal Scaffolding at a School

This particular structure was fitted internally in a primary school. The skylight needed to be replaced so we had to build the platform up tight to the roof. We had to build a crash deck in case they fell through. Building it in the assembly hall of the school meant that we had to work around the school times as health and safety is a major concern. The safety of the children and those teaching them was our primary concern so we couldn’t go in and do it in the middle of teaching times when there were children around. This next project was for a housing association in Barnstaple. We may be based in Plymouth but this doesn’t stop us travelling further afield. We often travel across the counties of Devon, Cornwall and Somerset and have even found ourselves carrying out projects as far afield as Swindon and other areas of Wiltshire. In the case of this particular job, we were asked to provide a structure that would give access to the roof so that it could be inspected . This next of our Plymouth and Devon scaffolding projects was the build of a structure required for decorating a commercial premises in Plymouth on the popular Barbican. As it’s a busy street with lots of footfall, we had to get a pavement license from Plymouth city council and netting to stop any loose debris falling below and injuring any passersby. The yellow foam is also used on the standards to protect the public from incidents.

There are many Plymouth and Devon scaffolding projects that we can share, as well as those that we carry out further afield. This is great for the team at it means we are being kept busy. We like the variety of work that we are asked to undertake. With great views and so many challenges, the team are kept busy and never bored. 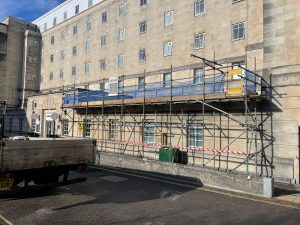 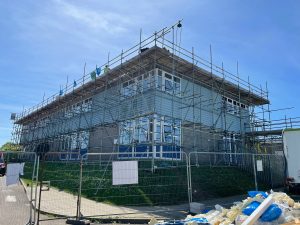 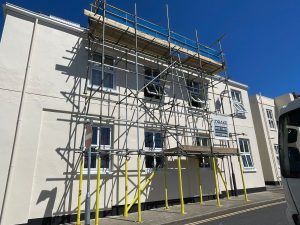 Got a commercial scaffolding project that you would like to discuss with? We are only a phone call away and would be happy to arrange a site survey and inspection before carrying out any work. Get in touch with us today on 01752 719515.